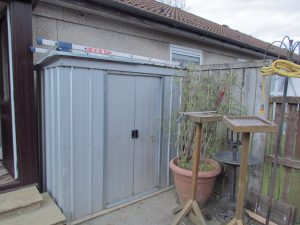 Looking back at my folders for the above months I was reminded that when 2020 went out it did not go quietly or gently into the night. It went screaming and promising that 2021 would come in like a roaring lion.  2021 (as far as Livingston was concerned) came in like an angry vengeful year.  January and February we had snow and very little relief from the apparently continuous snowfall.  Birds were scarce with only a few brave souls venturing out.. March was a disaster (again).  Bad storm on the evening of March 7th lifted my Aluminium shed from its base and blew it against the fence and feeders. Once again feeders were damaged.   New shed ordered delivery timescale was 3 weeks to arrive on site.

On the 7th April 2021 the new shed arrived and with the assistance or rather the hard work of my cousin Scott Tough and new neighbour George Ritchie work commenced on yet another garden make over.  Not only was the shed erected, fixed to site but the interior fence was covered with cloth and willow/reed panels attached – these were to act as wind breaks.  Work was completed by 10th April. 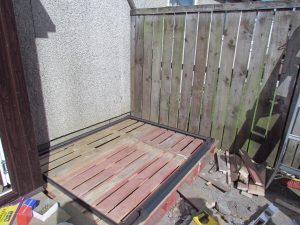 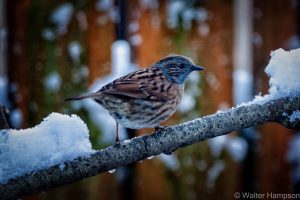 Born in Glasgow, Scotland I now reside in Livingston. The journey between those two locations spans Europe and Asia. During that journey my interest in photography was born. However it was not until the digital age my interest become an addiction. Film photography was just a sometime hobby as my interests in the 80's was the new-fangled personal computer, this lasted up until 2004 when I purchased my first digital camera. The combination of computer and digital camera gave me full control of my photography.

Pictures of the Month 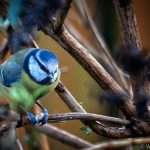